I was thinking about that last night too when I extracted my list of plugins. I think “extra credit” should somehow be given to plugin authors who support CP and backwards compatibility. Kind of “rub Matt’s nose in it”, so to speak. All kidding aside- I think plug-ins that allow CP to forge a new way ahead will be worth their weight in gold

It would be great to have a consistent way to indicate that a plugin is adoptable, and to search for same. Sometimes, you just want to move on from a thing… or, maybe you have a plugin idea that has already been started and abandoned by someone else, but you just don’t know about it. This would be in an effort to minimize the number of zombie plugins that reside in the repo.

About donations… I support donations for those who want to solicit via a button on their listing, but don’t feel this should be forced on everyone. If implemented, please consider a way to disable on a per-user basis. I don’t mind a simple button, but do not support the notion of suggesting a donation when the user gives a positive review, or in any other way accosting the user with donation requests.

I agree with you on CP not being part and parcel of a donation thing. I do think the idea of some kind of search capability for especially good plugins that work with CP in a good way would be a GREAT thing

From a business marketing perspective, and morally, it makes sense for ClassicPress to generate revenue if it is not doing so already. This would allow for everyone involved to hire, dedicate time and resources to keeping this alive and promoting it adequately so WP users know it’s out there. I could list a million ideas as to how to get the word out for free or low-cost ways, but as far as having an actual plugin repository it would make very good logical sense to have premium plugins listed that pay for placement or use (obviously keeping prices in line with what’s expected). Personally, I would have no issue paying for ClassicPress if I knew it would be maintained securely over the span of (at least) the next several years) and the price were easy to handle like Canva or Pocket or Calendly ($5 to $15 per month or in that neighborhood).

Open communication is key to the “new” ClassicPress plugin repository working and not ticking off programmers and developers - and you guys need money to keep this going and promote it to the extent that it should be (in my humble view). Most people know that premium supported plugins are often better than free ones, and those developers need incentives to do their work. Everyone knows the WP plugin repository is full of thousands of plugins that don’t actually do anything (Hello Dolly for example) or that simply don’t work or worse that might carry malware and many themes are the same way. Why not change that with ClassicPress and just be more transparent, let developers charge for premium support while asking for a cut off the top (as is reasonable and done everywhere in business). I’ve met many WP plugin developers over the years who couldn’t get any traction with WP so I think it’s fine. There are alot of ways to monetize this whilst still being open and transparent and not charging people unreasonably.

Okay, I know I keep mentioning them (and I am sure it is getting annoying), but in my opinion, this is the right way to setup the plugin directory: 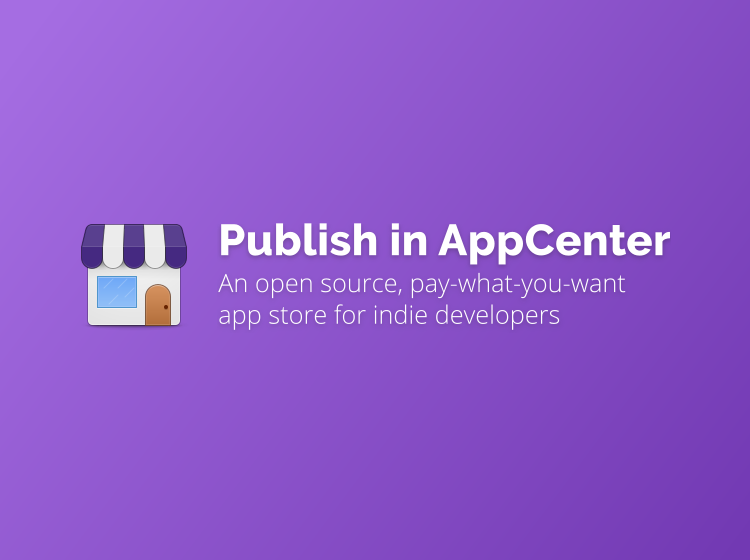 Resources for designing, developing, and publishing apps for elementary OS.

Everything is handled through Github (so no learning new tools), semi-automated review system, using Stripe Connected Account to handle payments. The split they do is 70/30 with a minimum of 50c.

Seems reasonable to me but I don’t have stroke (as they say in the South).

I would pay for a CP version of WordFence, Gravity Forms, and some other central plugins as long as their price points are within reach.

I really like the elementary approach. Clean and simple. As we’re already using Stripe, that part will be pretty easy.

I think the fees are a bit off though, and we’d want to be more competitive than Themeforest.

RE: Corepress: I’m going off the idea of having it as a separate entity. It adds another name to the mix and just makes for a confusing experience. They will also have to solve the same problems we’re already solving (infrastructure, documentation, funding, branding etc). In addition, adding support for monetisation of the directory via a 3rd party doesn’t make sense as we would have no way of allowing our community to make decisions on how this is done, and there is no guarantee that they will even want to make it possible.

Lastly, a goal of corepress is to stop forks doing the same work twice. Definitely a noble idea, but the reality is that there will, at some point, be a difference of opinion about how corepress wants to do something and how ClassicPress’s community want to do something and it’ll all come tumbling down.

Instead I would suggest that we make the directory and officially allow other forks to use it. All forks could still collaborate on core plugins, and it simplifies the whole process.

I hate the way WP does their plugin directory. Whatever decision is made regarding the plugin directory for CP, I strongly suggest that whatever rules are decided upon, stick with those rules.

It is really irritating to look at the rules over there and seeing the reality of what is allowed. As I have said many times in emails to them, their plugin directory is a cesspool. Too many developers are allowed to use the plugin directory as a sales page, contrary to the rules. If you have sections where sales are allowed, that’s great. But don’t let them overlap. Have a section for freemium so people have the opportunity to know before installing, what a plugin developer is doing.

I would also be careful about some of the “IM” people getting into the plugin directory and scamming users with their funnels. There should also be required agreement to terms (strictly enforced).

Of course, there is also the possibility of welcoming those “IM” people with a section that competes with the likes of jvzoo. Depends on what you want to do and how much headache you want someone to take on. One person wouldn’t be able to manage it, that’s for sure.

Honesty and not showing favoritism to some developers over others will be a nice change. Not that WP knowingly does anything like that…

If there is going to be a sales section of the plugin directory, then encouraging developers to have reasonable prices would be good. Downloadable software replicates itself. There’s no need to get rich off a few people. If there is a concern about supporting something that doesn’t cost much, I would suggest extra pricing for support, or coding with best practices in mind. Just a thought.

I really like the idea of open, honest & reasonable. Premium, Freemium & free, works for me.

RE: Corepress: I’m going off the idea of having it as a separate entity.

As you say having it as a separate entity could be confusing and could lead to disagreements between ClassicPress and other forks.

I’d agree with the repository being a ClassicPress one first and foremost with others able to use it.

What do you think about offering a “ClassicPress Premium” service for WP hobbyists or even agencies that don’t know what’s going on, don’t have technical capabilities, and just want someone to diagnose their site to see if it’s compatible, and just switch it over to ClassicPress and keep it going for them? In other words, a type of “we do everything for you” service you could offer as a subscription service? There are many small business owners out there who would not find ClassicPress,not know how to migrate from WP to CP, and that offering could be a revenue generator going forward. Just a thought.

This is something we had discussed in passing on Slack. The way we were going to approach that though was to allow our devs (contributors) to sell their services on the side, not directly through ClassicPress. We are planning a job portal where companies can go to post what services they are looking for, that would provide a source of revenue (from premium job posts, or something along those lines).

Great idea! I’d love to be able to hep “mom and pop shops” make the transition to ClassicPress and every source of income (minor or major) helps pay our bills. And if it could lead to web design or other things, all the better.

If/when you get that going, am assuming you would have a page up for it… with the committee’s permission, I would be happy to establish a subdomain/site to assist with that. Let me know when/if

Dick, I’m a total web-head, and would love to get involved also. I just don’t feel I’m the Master Programmer many others here are. I can build just about anything using CP at this point since it’s forked.

I just don’t feel I’m the Master Programmer many others here are.

Everyone starts somewhere. Even if you’re not a master programmer, there’s still plenty of ways to be involved. In fact, it seems like you’re doing a great job of it so far!

This is something we are trying very hard to change, the perception that you have to be a good coder to get involved.

That was why I personally appreciated the discussion here

Just out of curiosity, is there a thread somewhere for discussions on how CP could create more revenue generating streams, such as a donation page or a Kickstarter page, a jobs listing page, premium plugin offerings, and so on?

There can be, I will set up a category when I get home. I think that is a great idea!