I’ve recreated the repo. It is now forked from version 5.3.2 and has the name Classic Forms 8. A few issues have also been opened. 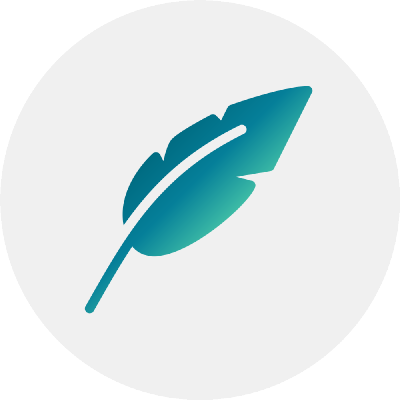 Classic Forms 8 enables you to create and manage multiple custom contact forms. It is a fork of CF7.

(NB - the old repo address of https://github.com/ClassicPress-research/classic-forms will no longer work.)

That version seems to not at all to be compatible with ClassicPress; as soon as I activate it, error 500 is produced.

Version 5.3.2 isn’t compatible with CP as it stands which is why I initially forked from 5.1.9 (the latest known to be compatible).

However, @fwolf has discovered what changes are required to make it CP compatible. It’d be good to see these updates pushed to the repo.

However, @fwolf has discovered what changes are required to make it CP compatible. It’d be good to see these updates pushed to the repo.

Changes should be in my repo now. Pull requets should be coming in, soon.

Update: PR is waiting for approval

Next on, I’d like to add a compatiblity check and activation notice vs. CF 7, i.e when you install the plugin and activate it, but CF 7 is still active. The one way would be a semi-deactivation until CF 7 is safely disabled, the other would be to automatically disable CF 7, while still dropping a respective admin notice.

Will there be a way of keeping existing forms if transferring from CF7 to Classic Form i.e. as if doing a normal update. Or will it mean recreating forms.
Unless I missed it CF7 do not have an export forms feature.

I’ve not had chance to take a look at the PR yet but if the plugin is being completely refactored, it is to all intents and purposes a different plugin.

I don’t think CF7 does have an export/import feature but I can’t imagine it would be too difficult to add an import feature in Classic Forms (8). Is that something you can look at @fwolf?

it doesnt really need an “import” function. Just by staying compatible with CF 7, the settings and data can be taken over 1:1. CF 7 is using a CPT with post meta plus a few options, so no need to reinvent the wheel (IMNSHO)

Will there be a way of keeping existing forms if transferring from CF7 to Classic Form i.e. as if doing a normal update. Or will it mean recreating forms.

As detailed above, CF 7 uses the standard WP framework, so when you disable CF 7 (but not uninstall it right away), the fork will be able to inherit the preexisting forms 1:1 right after activation. So no need to worry, everything is being kept, just the enhancements for Gutenborg are being get rid off (the actual cause of the main issue)

In most cases it won’t matter as it would be just a few cut and pastes of the form content and send email anyway.

In most cases it won’t matter as it would be just a few cut and pastes of the form content and send email anyway.

for everyone who hasn’t just yet given up on this project here, I am running “Classic Forms 8” successfully on several of our latest projects at work and I have ported all the changes into a forked repo of the CP research plugin which can be found here.

This results in a working version of CF7 (called “Classic Forms 8” as has been propsed here) which is just CF7 v5.3.2 which I have tested with CP v1.3.1. Of course, all things block editor are completely removed

! Also, I have created a PR for these changes.

Since the most recent version of CF7 is 5.5.6 which adds Stripe and Sendinblue integrations amongst other new features and bug fixes, I have backported all those changes into ‘feature/integrate-upstream’ on my forked repo. I have tested this version as good as I could. But that’s not enough.

Before I can even begin to think about a PR for this massive backport, I need some help testing.

I may have to check and see if Jeff Starr’s “Contact Form X” will also work on ClassicPress. I don’t recall it needing Gutenburg, but there again, I haven’t checked out his newer version yet either.

But here is it’s location: https://wordpress.org/plugins/contact-form-x/

WordPress.org states this plugin works with WP 4.6 or newer, so for CP v1 you should be totally fine!