Is this project dead? I haven’t seen an update in months, and I have around 10 sites running ClassicPress. I’m thinking of switching back to WordPress, as none of the features on the Petitions page have been actioned.

Related to Installation updates, are the htaccess rules the same?

ClassicPress is a community based project, therefore any contribution is more than welcome.

As I have stated in the link in my previous response, ClassicPress is far from being dead; we just like to work in a stealthy, incognito mode, that’s all.

Obviously we don’t work on ClassicPress full-time, much like many Automattic employees are doing so with WordPress and various Automattic projects, products, and SaaS.

On the contrary, we do so from our own personal free time.

If you came to ClassicPress for bleeding-edge release cycles, then you should have stick with WordPress, which has a huge company behind it for support and a dedicated audience that improves it wherever possible.

If you would like to implement any petition, please feel free to PR and demonstrate a demo and I will personally gladly test it, QA it, and extend it if needed.

Thank you for your understanding.

Thanks for the reply. I’m not expecting bleeding-edge release cycles, I’m only expecting one tiny change. Any change.

I understand the full-time argument, as I have lots of free plugins, premium plugins, side-projects and part-time clients, so it’s a good argument. I just wanted to see some progress.

I remember another project, calmPress, which evolved rapidly by removing a lot of bloat from the original WordPress.

Thanks for your work!

I remember another project, calmPress, which evolved rapidly by removing a lot of bloat from the original WordPress.

As far as I know calmPress is a one man’s project, that’s why you don’t see much of activity.

Still though it’s active and commits proves us so: https://github.com/calmPress/calmpress/commits/cp/1.0

Behind the scenes we are also working on various plugins and as you can understand we have lots of things in our hands to deal with, so…yeah.

Since you are an experienced plugin developer, would you like to provide us your valuable experience so we can implement what you urgently need in the form of a plugin?

This way we will have an actual case study with pros and cons and will make our reasoning much easier whether should we apply it in core or retain it as an independent plugin.

What do you think @Ciprian?

No, I meant calmPress had more activity than ClassicPress and some real progress has been made.

I would like to invest some time in ClassicPress, but for now I don’t see any future in this progress. Maybe I need to wait a bit more, see some releases, some code being committed, some of the original bloat being removed and I’d honestly like to contribute.

I would like to invest some time in ClassicPress, but for now I don’t see any future in this progress.

Then move to WordPress; seems like it’s not suited for your needs and it’s not good to depend on something it affects your time schedule.

Thank you, keep up the positive attitude

Well, let me clarify.
There is progress.
At present CP devs are working behind the scenes to prepare plugins/themes directory with a libraries/dependencies system in place and AT THE SAME TIME some core plugins are in the process to be splitted from core (@MattyRob was working on that and is the right person to ask how is it going). And on top of that the community is working on several plugins like ClassicCommerce.
The process of building the entire directory and libraries/dependencies system has the priority, as far as I have understood, because it is needed to make core plugins work.
The directory is based on a plugin developed by @anon71687268.
That is why @stefanos82 was asking if you can suggest us one plugin you developed that you want/need to see implemented.
About CalmPress, as far as I know it was an one man show. The dev tried to remove bloat in a fast way, ended up with an unusable product and unable to offer support for the community around it. Now the project is dead (or at least was, last time I checked). You can’t develop a whole CMS treating it like a small plugin. Removing bloat without thinking causes breaking changes you need to address. CP started a process that gradually will bring code to be cleaner without introducing breaking changes. It’s a slow process, but ensures no one gets harmed and also avoids the need for a big support structure to catch issues and resolve.
Last but not least… coming here to complain without having suggestions or being in the mood to lend a hand and cooperate sometimes might come off as “rude” - people are working HARD and being continuously told that “nothing has been done” is not ideal.
That said, try interacting more within the community, discussions about the steps we need to take to make the directory production ready and release it and on how to better the coding standards for CP are ongoing. You can check also on GitHub, to see that these discussions are actioned upon as soon as a decision is made.
Is my answer positive enough? I hope it explains better what we are doing as a community.

I personally don’t agree with the notion that we like to work stealthily or incognito and I don’t think it accurately reflects how we do work. It kinda gives the impression we’re some kind of black op developers.

In fact, everything that we do is open for all to see (and get involved in) either here on the forums, Slack or Github. It just so happens that Slack has seen more activity in recent months than the forums.

So ClassicPress is still very much alive, kicking and moving forward. There are several volunteers working on various aspects of the project, from the core to plugins to the plugin directory. While progress is being made, a few more volunteers would be very welcome.

@ElisabettaCarrara - thanks for the name drop

@Ciprian - I understand your concerns, but WordPress and ClassicPress should, in my opinion, be consider quite different CMEs despite the glaringly obvious base code. WordPress is a business, the code is used on the .com domain and multiple paid services are offered but the people behind WordPress so they have a healthy revenue stream and full time developers. ClassicPress is volunteer and community led, as such we have to accept that things will happen a bit slower but we will take time and care with changes and make sure (as far as we possibly can) that we don’t break your sites.

In the last few weeks I’ve had some time to look at pulling some core functionality into plugins with my experimental efforts here: 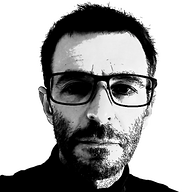 This code is not at all for live use, but now includes XMLRPC, REST API, Embeds, Emojis and Customiser all converted to plugins. PHPUnit tests are all still passing but it needs a ton of testing done before any of this can progress to our core. Consider this branch as ultimate bleeding edge - stuff may break and if it does - great - le me know and I’ll see if I can fix it. So, if you have some time and want to help move ClassicPress along please give some time. If you can’t then that’s absolutely fine, but please be assured there are people putting time and effort into this project. And thanks for asking the question rather than simply moving back to WordPress without giving us change to explain.

That is why @stefanos82 was asking if you can suggest us one plugin you developed that you want/need to see implemented.

About CalmPress, as far as I know it was an one man show. The dev tried to remove bloat in a fast way, ended up with an unusable product and unable to offer support for the community around it. Now the project is dead (or at least was, last time I checked). You can’t develop a whole CMS treating it like a small plugin. Removing bloat without thinking causes breaking changes you need to address.

I wasn’t talking about a plugin I’d like developed, I was talking in general about progress and the list of petitions.

I’m sorry if my tone was a bit rough

I didn’t mean it. It’s just that I had (and still have) very high hopes for ClassicPress. I am working with WordPress on a daily (hourly) basis and the block editor is worse and worse with every iteration and every client interaction.

calmPress was just an example, and I understand why it failed.

I also agree I’m not involved in this community as this year has been really really busy. @MattyRob’s repo looks interesting, I’ll check it out more.

ClassicPress isn’t dead, I think world events and full time work leading up the holidays ate a lot of our personal time. Personal, I am slowly coming back now that Black Friday and Cyber Week is done, but at the same time I just got keys to my new home so I am definitely still distracted.

My post about the migration of the petitions is my attempt to start forcing myself to work in public again, I agree that we really shouldn’t be working in “stealth” because it may give the impression nothing is happening, even though behind the scenes there is still quite a bit going on.

Some big things I personally will be working on going into 2021 is the migration of the petitions, adding developer login to the directory, and with @1stepforward we will start pulling the most active download link for plugins. So lots planned, and lots happening and I think we need to start working in public again

Also, @anon71687268 if you are around because I don’t have my computer with me, I think we should close this thread and maybe start a new thread about the project goals for 2021 and what we have planned and maybe cherrypick my projects above as the start of that new thread.

If you aren’t around no worries, I can move things around when I get home

Our Team Updates threads are currently the best way to follow the progress of all parts of the ClassicPress project. You can find them here: https://forums.classicpress.net/c/team-discussions/team-updates/76