I solved 500 mistake
Manually install ftp client
I installed CP beta 2 on localhost (xampp) from the beginning
and now you have a new problem
Beta 2 has no support for my language Croatia, ie English
(I do not know if it still supports eastern european letters - cron … UTF-8 unicode)
Another reason to wait with CPress
beta 1 has support for all languages as well as WP
beta 2 does not

Note: I have moved this to a new thread.

Could you tell us a couple of more details?

What language seems to be missing?
Are there any other languages in the Site Language dropdown?

We need a little more information to help.

Additionally, have you looked at the support forums to see if there are any similar threads that have been resolved?
This one comes to mind: CP auf deutsch?

CP beta 2 is the same core as WP 4.9.9. So if you have problems with ClassicPress you will have the same problems with WordPress. Happy to try to help, if you really want help, but it looks like you really just want to complain. Go to general settings and select what language you want from the available drop down list> Click save. That will load the the files. Select the language again, now from the Installed list at the top and click save again. 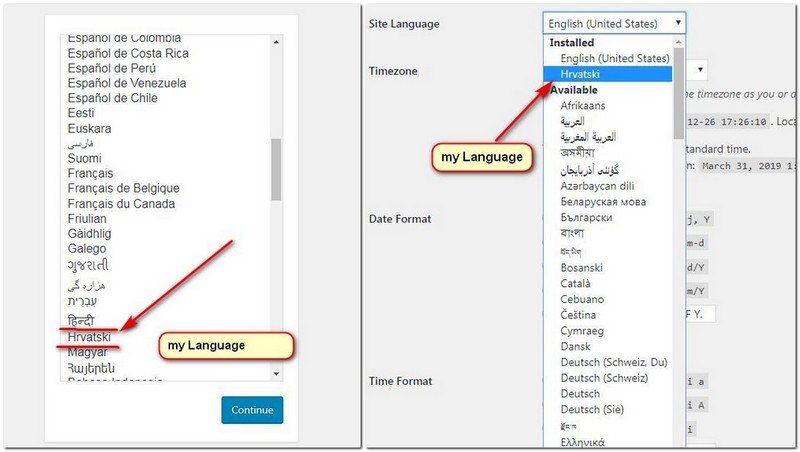 both versions installed on localhost XAMPP

ClassicPress beta1 is using the WordPress language packs. Even though lots of languages are available, none of them are fully translated because they don’t include strings that ClassicPress has added or changed.

In beta 2 we are focusing on the 10 most common non-English languages for full translation.

@mte90 is the localization team lead and he can explain more about this.

Thanks for trying ClassicPress!

We chosen to start with 11 locales that have more of 2% of installation of wordpress as written in:

We need to setup the infrastructure and see also the process so for us is difficult now to start with all the locales that we want on it (like yours).
Yes we want to support the same locales of WP to simplify the migration but we cannot do it right now but is on our plan.
Also for every locale we need a reviewer of the strings and without it we cannot add a new locale. So if you are interested on it let me know and I will add you in our list. We will give priority to the locales that are not the first 11 where we have people available

big always beat small
because of the ideal dying of fools

I can use CPress and stay on the beta1 version that is lying on the Croatian language
or wordpresas and use classic editor or disable gutenberg plugins.

Maybe WP before giving up Gutenberg
but Classicpress introduces multilingualism

I understand, but we don’t have the resources (people) to add more languages right now.

When we do add more languages, we’ll look at requests from our users. So, thanks for letting us know that ClassicPress in Croatian would be helpful to you. 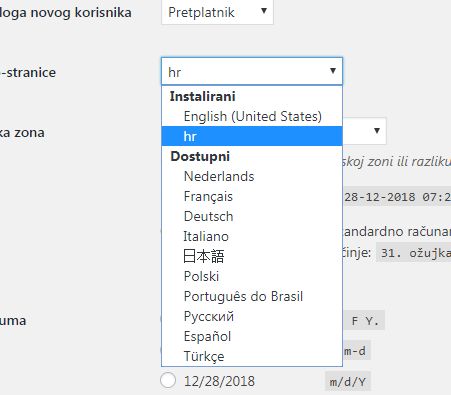 The replies in this thread have been increasingly unhelpful and rude.

This behavior is not acceptable in our support forums. We expect all community members to act like adults and treat each other with respect.

In the interest of transparency, I’m writing here that I edited a single curse word out of a reply above, and we’ve also hidden the latest reply after several reports from community members. Due to the general tone on display in this thread, and to avoid further wasting everyone’s time, we’ve also locked the thread to further posts.