When you click on a thumbnail in grid view of media library you get the option of more or less (sic) details.

Obviously this is something left over from Wordpress but I think anyone who considers themselves to be a writer would like this to be fixed.

Not entirely clear how to get to this screen, could you elaborate please @MrLucky?

Go to media library
Click on grid view (not list view)
On the right you see the attachment details as in screenshot)
(Have tested on several themes including 2019 so I presume it is something in the core not a theme issue.

I’m fine with this change. As a next step, this thread needs to be moved over to our GitHub repository, whether as an issue or a pull request.

Let’s make it in the next release after 1.0.0 though, for two reasons:

I think its fine the way it is. Less has fewer letters and takes up less space …and everyone knows Less is More.

Interesting, apparently the “right answer” here depends on whether you believe grammar should follow strict rules (prescriptive) or it should change over time according to observed usage (descriptive). Wikipedia has a pretty good article about this specific case:

According to prescriptive grammar, "fewer" should be used (instead of "less") with nouns for countable objects and concepts (discretely quantifiable nouns, or count nouns). According to this rule, "less" should be used only with a grammatically singular noun (including mass nouns). However, descriptive grammarians (who describe language as actually used) point out that this rule does not correctly describe the most common usage of today or the past and in fact arose as an incorrect generalization...

I don’t really have much of an opinion either way - either one gets the intended meaning across. If we can come up with something most people are happy with, and it won’t break anything, then it’s fine to make minor changes.

Interesting, apparently the “right answer” here depends on whether you believe grammar should follow strict rules ( prescriptive ) or it should change over time according to observed usage ( descriptive ).

Or it should be flexible.

Use of prescriptive or descriptive can depend on context. Many people who use a lot of slang or expletives with their mates down the pub are often able to adapt during a job interview.

We all know the term “grammar nazi” - which is basically somebody being prescriptive in contexts that are not appropriate. I don’t go up to the greengrocer and berate them for their sign saying “Apricot’s 5 for a £” but when it comes to using text in the context of publications, especially those written in a language that may not always be the readers’ first language, I believe it’s a good thing to be prescriptively correct.

ClassicPress is software that falls within such a context. A huge percentage of its users will be professional writers or aspiring writers. Its logo is even a writing implement.

@MrLucky I cannot find that screen in core or on my sites. Tried switching themes etc. Are you using any media plugins? 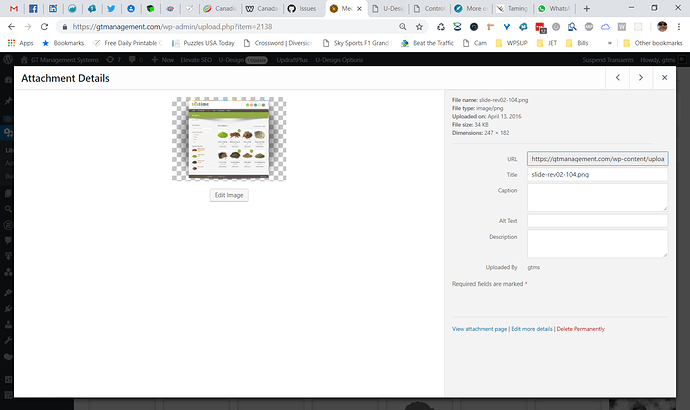 Yes, and after some trial and error it is a plugin, so the whole thing is moot, but some good discussion!

Yes, and after some trial and error it is a plugin

Which plugin is this?

This topic was automatically closed 3 days after the last reply. New replies are no longer allowed.