From Dries at Drupal: Personally I think it would be really great to have an alternative simple UI without a visual preview for layouts in core.

IMHO, Drupal has really great approaches to managing their community and it’s this sort of thinking that exemplifies that – but read the rest of his post about layouts. I traded my minutes for it and found it worthwhile. Maybe someone else will also. 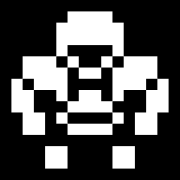 A quick overview of some things happening with Drupal’s Layout Initiative from the perspective of component-based theming, a theme development approach that has been gaining popularity in the past few years.

That is an awesome link, thanks!

I am a back end developer, but I have been thinking a LOT about Component-based theming lately, in part because I think it could allow me to finally be able to be effective at building themes.

I have an idea: What if instead of ClassicPress following WordPress and having a standard theme (with annual updates, assuming that as the plan) what is CP were to innovate and offer a large number of pre-defined components that could be mixed and matched to easily create a lot of different themes and/or theme pages?

The idea would be that a designer/developer could “skin” the components with CSS to give their site a unique look and feel but that we invest in reusable component for theming rather than (implicitly)_ encourage the community to spin out 50,000 throwaway themes like has happened in WordPress? (At 50k I think I am being kind.)

And these components could be used to both create custom hard-coded themes and also people could develop page builders that allow end-users to compose them as well.

Anywho, just something I have been thinking about recently, and I think the inertia that I expect to emerge around CP could actually make such a “standard” it a reality…

@mikeschinkel I’m not a dev, just a beginner. But I understand the point of your suggestion and like the idea.
I suggest you to create a petition for that, you surely have my vote…
I totally agree it would be a good direction to move forward in terms of CP standards allowing people to get a great level of customization on a solid foundation.

That sounds like a brilliant idea to me. Wonder what others…-hint, hint-…think of that. It could also open up avenues for revenue generation with theme variants and levels of development. I would also wonder if there are components of CP and its attendant themes that could fit into Drupal to enable easier, faster site creation…just speculating.