At installation, leave a choice between adding default content or not

Put a radio button with the choice between installing default/dummy data (like sample page, post and maybe even plugins) or a clean empty installation (could be the default option).

Neat idea (in more ways than one). I like it!

Clean install please - that would be nice.

Please don’t bloat the fork with features that should be left as a plugin. There are many ways to add default content, no need to stuff it into core.

The plan is to go back to “clean, lean and mean”. A suggestion like this is not doing any of that. As John says, it is very simple to do an import of dummy content.

Every site I build I either have to install a plugin to remove the current ‘default’ post, comment, sample page or go site to site and remove what I or my clients don’t want. And what blogger or business wants to have that content on their site anyway? It’s just unnecessary work.

The default plugins I don’t care about. They don’t make a significant difference anywhere.

I do think it would be good to have one simple theme and one page builder framework theme with child like ( https://wordpress.org/themes/page-builder-framework/ )would be good. Neither would be weighty.

Not trying to highjack this thread, but when talking about ‘default, lean CL’ or ‘default content with WP’, I would prefer lean.

I think page builders are antithetical to business usage: typically business users have better things to do than play with page layout (not the high point of their day, and they have hundreds of other things to do), and when they do use page builders, (1) the business’ brand is likely to be degraded, and (2) a 10-minute update becomes a 2-hour update. Seen it happen just like that way more often than not.

Not saying page builders don’t have their place, but I believe they’re better used by people who have the time and interest to fuss with page layout (bloggers, for instance).

Page builders mislead people into thinking they are web designers when they’re not, and that page builders are easy and intuitive when they aren’t. I don’t see encouraging page builders as being consistent with being a business-focused platform.

I would venture to say, based on 3,000,000 + installs of free page builders available in the WordPress Repository, there might be more of an interest in having a theme that facilitates use of page builders, than just bloggers. But what would I know. Thanks for the insight.

I personally don’t think it’s up to either of us to determine what users think of themselves or to spread what we think of them. I believe that there are a lot of very skilled users out there who use tools like page builders, because they aren’t stupid and they are able to read, watch tutorials and learn. I happen to have started out being one of those users & continue to be.

I also happen to know there are at least thousands of businesses that utilize different types of page builders because they are easier than building from scratch.

So, I am not sure where you get your information, but it doesn’t ring true in areas I have been seeing development.

Along the lines of not wanting users to design their own sites, I actually don’t mind it. Many times, it isn’t until after someone tries something that they realize they might want someone with more experience to help. I pick up a lot of business that way, from people who use page builders and people who don’t, but just don’t want to deal with all the settings in a plugin. I’m not afraid, either way.

Take it or leave it, I know where to find what I want anyway.

Not trying to make decisions for users; just saying encouraging page builders should not be a priority.

Didn’t suggest encouraging page builders should be a priority. I suggested including one theme that is friendly to most page builders in the install package.

It is a fact, page builders are here and they are going to be here. Themeforest has 3,867 themes being sold either with page builders or are built for a specific page builder. Of those, the top 5 have sold approximately 500,000 of their themes. That doesn’t include the amount of people who use the themes without purchasing.

One big problem with security is using nulled or hacked themes and plugins. I don’t suggest that including one theme will fix that problem, but including a free theme that is friendly to multiple page builders can help to show people they can avoid using a hacked theme for a specific page builder.

I don’t expect my suggestion will go far, but for those who actually see and fix or rebuild websites that have been hacked due to using nulled themes and plugins, allowing users to see there are options isn’t a bad thing, even if it cuts out a designer sometimes.

Again, I did not suggest that encouraging page builders should be a priority. I did suggest one theme (not activated) be included with install, that is built with multiple free and paid page builders in mind.

I don’t actually believe that would kill anyone’s design business.

Louis: can you make a separate suggestion for including this theme, please?

I don’t see themes as a priority for CP any time soon, and I see page builders as doing more harm than good. Take it or leave it: I’m not here to convince you or argue with you.

Hi James, I will be happy to do that.

Ray, I am happy to have had the opportunity to have this exchange with you. We are all from many backgrounds and have probably as many perspectives as there are numbers of us.

Healthy debate is something I see as positive. I appreciate you not just shutting the door on the suggestion but you allowed the debate to bring out some logic. Whether or not it is something that is include or not, at least people will have the chance to see two sides of what is most likely quite multifaceted.

Thanks again for your insights. Call it argument or debate, I gained useful insights from it.

I would also like to get a clean, empty install by default.

There’s a lot of thread-jacking on this petition, but anyway back to the original topic of default content (which is stored in the database itself)… I would agree with removing all of that from Core – not even providing an option for it, because that will only confuse newbie users more… and it’s ultimately unnecessary bloat.

An interesting topic by iThemes on this:
https://ithemes.com/how-to-hardcode-the-wordpress-setup-process/

However that is aimed at WordPress, and using PHP to block the content from being adding to the database during setup…

The point is that a Core CMS should not be adding any default content to the database in my opinion, nor default plugins either probably… also no default legal policies or otherwise, see here:

Just a nice clean empty database is the only thing that everyone is going to agree on because otherwise its a fight over opinions. Starting from zero is hard to disagree with and is much easier to customize for developers, web hosts, and anyone else that is dealing with ClassicPress installations.

Note: to ensure compatibility with WordPress, implementing this feature may mean beginning post IDs (etc) at the number 2 instead of the number 1…

Note: to ensure compatibility with WordPress, implementing this feature may mean beginning post IDs (etc) at the number 2 instead of the number 1…

Plugins shouldn’t make any assumptions about post ID patterns, are you aware of any that do?

Plugins shouldn’t make any assumptions about post ID patterns, are you aware of any that do?

@James yes as per Viktor’s example WP-CLI script above, there are many database cleanup plugins and scripts that auto-delete post ID #1 from the database and comment ID #1 because they assume its dummy (demo) content. So to avoid data loss I’m not sure the best approach but perhaps if ClassicPress is going to remove that content from its Core database, then it would need to also avoid using the ID #1 for posts, pages, or comments… not sure.

My vote on this petition goes only for the part “do not install dummy data”
Clean install of a CMS, no example content, comments, and the like.

For developers or experienced users, this is true. But for new users, user experience research shows that dummy data does help onboard new users better and shorten time to value.

Here are 2 good resources on this: 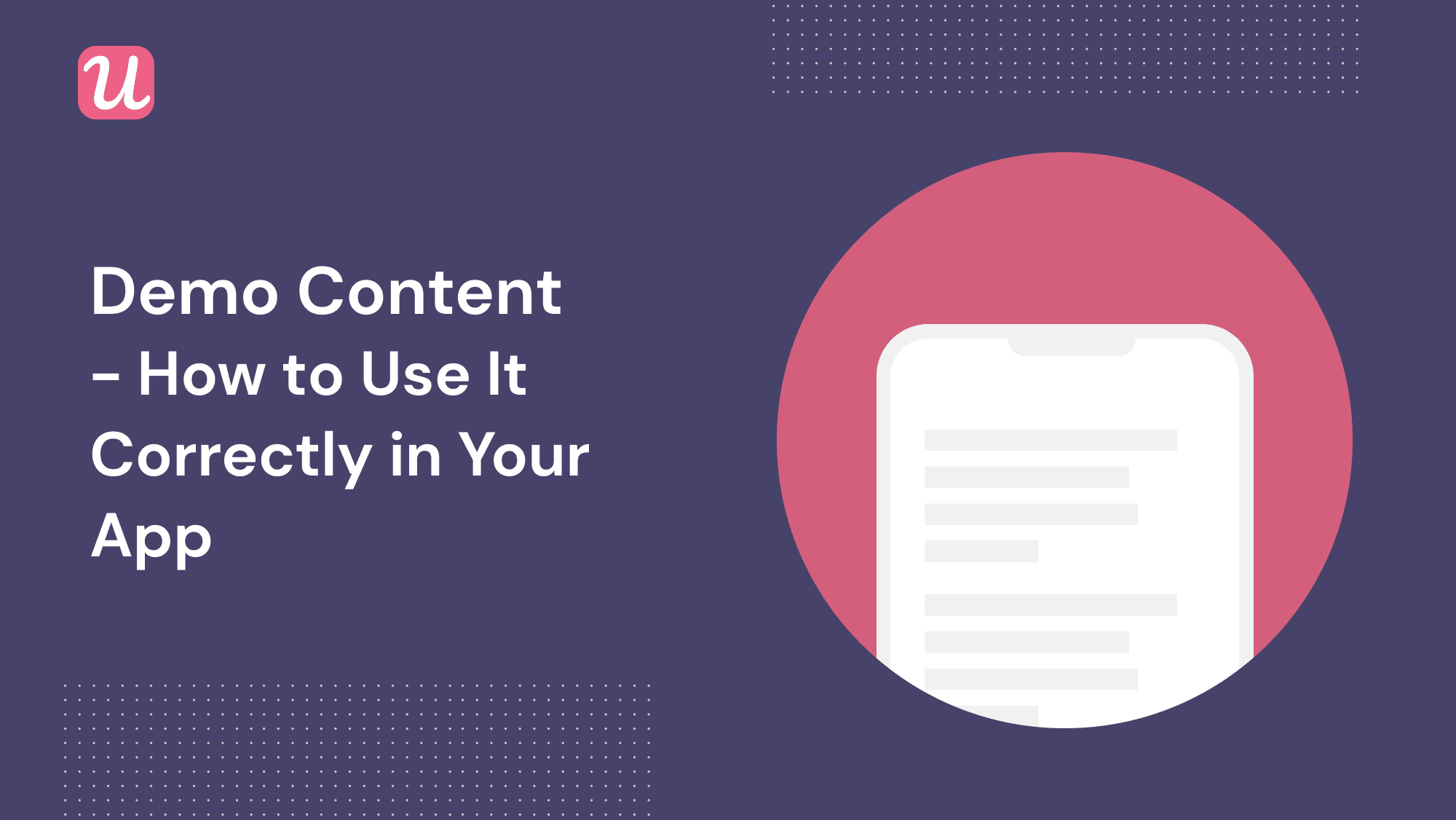 Demo Content 101: How to Use It Correctly in Your SaaS

Sometimes it's just easier to show someone demo content than it is to explain it. But where do you get the data? And how do you use it ethically? 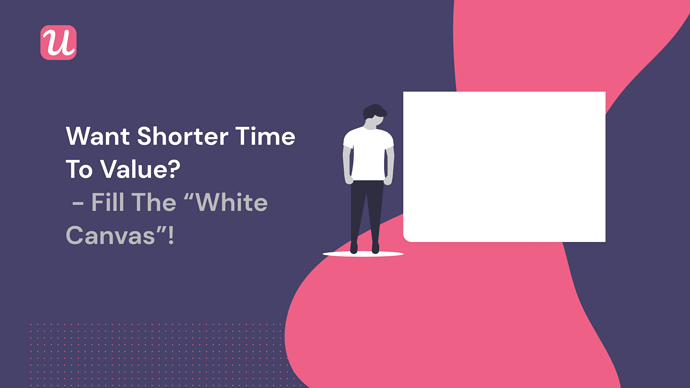 How Empty States Hurt your Product's Time to Value

Many products start with empty states that leave users puzzled and ready to churn. See how to fill them to reduce time to value!

Giving an option to not install demo data would be a better choice, but based on other petitions the general consensus is to remove options instead of adding new options to the installation screen.

We could also remove the search engine checkbox and add it as a URL option. Maybe I’m overthinking this. But it would be a nice way to give a bit more granular control to developers and advanced users while keeping the GUI of the installation screen nice and simple.