Can you help me argue for ClassicPress on a WordPress podcast?

Thank you for everyone’s help. The episode was released: 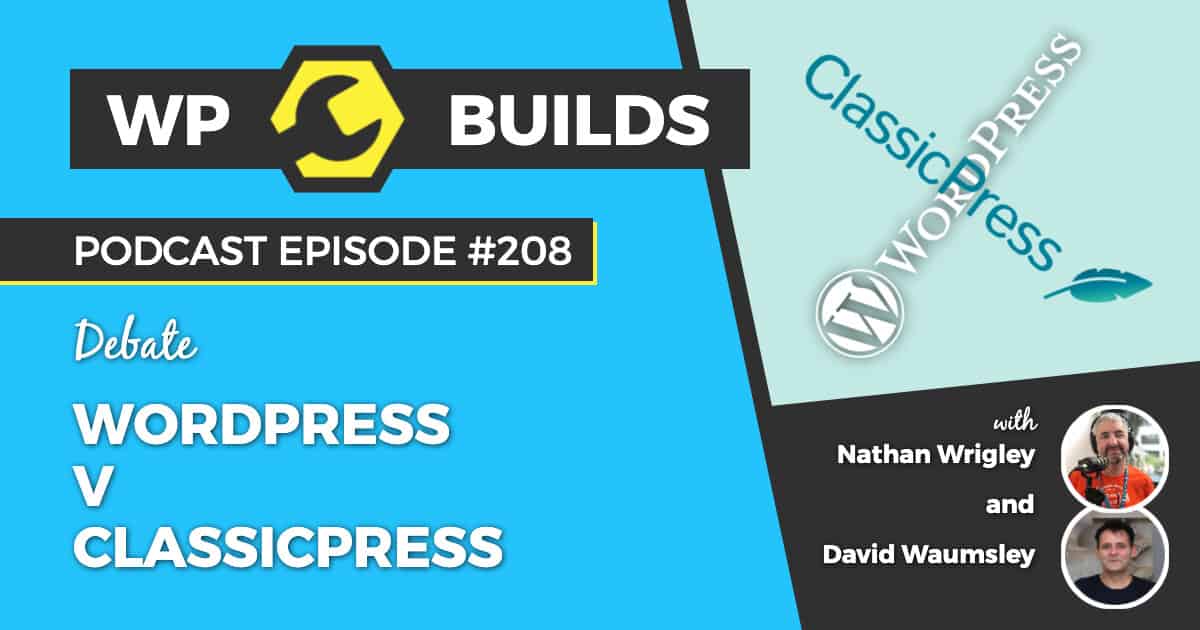 So for those who don’t know what ClassicPress is we had better say... It's fork of WordPress 4.9 before the Gutenberg block editor was introduced and a reaction to the decision, it was started by a Laravel developer called Scott Bowler, a long term...

Thanks for the lively podcast.

I’d like to respond to a few of the points made. I’d also like to note that (at least in my mind) it’s not really a CP vs WP thing – WordPress seems to be after a new type of user whereas ClassicPress is providing a stable, comfortable place for those who aren’t interested in (or perhaps can’t afford the costs associated with) the new direction of WordPress. I don’t see the two platforms necessarily competing for the same new users.

Thanks again for having the discussion!

After so many years @mikeschinkel still waits for this to get implemented in WordPress: https://core.trac.wordpress.org/ticket/14513

The good thing is that he opened a petition in ClassicPress and this specific project is part of ClassicPress Research repository: https://github.com/ClassicPress-research/object-relationships

You cannot imagine how many tickets are there open and still waiting for approval, review, and whatsoever.

There are so many things I don’t like about how Automattic handle things, but since they are a large company, I don’t trust them and cannot write anything that wouldn’t go against me in any possible way.

Since they don’t listen to their own community, their own voicing, I expect nothing from them.

To me WordPress development feels like a buffer overflow getting severely out of hand.

Instead of fixing and stabilize itself, it piles features on top of features for the sake of competition.

Based on w3techs.com, WordPress has nothing to afraid of, be it Wix, Shopify, or the rest of competitors. 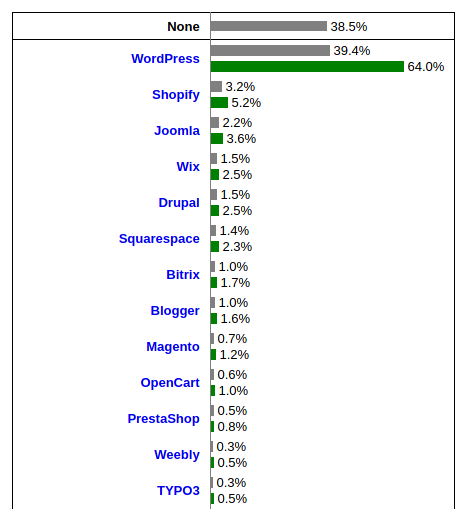 Quite frankly, I don’t get it…why…why they behave this way?!

why they behave this way?

I think it’s a simple case of domination (i.e. huge egos) and eradicating any potential competition. Like all big tech companies, they think they can do what they want. The reason they exist becomes unimportant and even lost altogether. Automattic wants to be the Facebook or the Google of the web world.

why they behave this way?!

Because Automattic answers to investors, not open source community. They owe investors over $600 mil

That’s why I said

There are so many things I don’t like about how Automattic handle things, but since they are a large company, I don’t trust them and cannot write anything that wouldn’t go against me in any possible way.

Yeah, I know about the multi-million funds.

Can’t they just give me $500K? I’ll be more than happy for the rest of my life

Thank you for everyone’s help. The episode was released:

Really good discussion David. Very civilised and thoughtful. I see Code Potent has already pointed out the word you wanted was “migrate”, not “upgrade”.

I’m always amused when someone says you just need to make the effort and invest “3 minutes” to learn how to use Gutenberg. I gave it a helluva lot longer than that and eventually gave up. And I’m an experienced WP user. I’m also a writer and I can tell you that when I write something I don’t fire up Adobe Publisher and start playing with layouts. I just want to type words and break them up into paragraphs. Full stop.

Nathan did raise an interesting point though, and it’s something I’ve started thinking about myself. He pointed out that there are plenty of smaller CMSs that are quite successful with a very limited user-base. But if CP tries to “match” or “compete” with WP then it is doomed to failure. I think that’s a very good observation.

And thanks for the mention of Classic Commerce!

Thanks so much for listening. Ha, yes, “migrate” that was the word I needed.

Yeah, even if you do manage to learn to use the block editor you have to relearn it with ever update.

If you use it as a page builder with the help of 3rd parties you have to learn that too knowing that the Guttenberg will eventually make it redundant.

What I did discover on trying to migrate to CP is that the installer plugin does not work for me and the instructions to get around that are too technical for most.

3 posts were split to a new topic: CP migration plugin not working with WP5.6