We need a betting pool on how long before Yoast is unusable on ClassicPress.

I think it already is unusable… I’ve had to make some adjustments to the code.

I’m using Yoast on a few sites but I haven’t upgraded for the last few releases. Wonder what Joost would have to say about that then?

it’s going to take a bit of development longevity

And you think you will get that with Yoast?

Yoast has been around for a decade… so, it already has this longevity under its belt. I’m not upgrading to their latest Guten-versions.

Yes, fair enough. I was meaning looking ahead, not going back. But I can see that when it does come time to change, you would want to be moving to something rock solid and proven. If you are not upgrading then that should be good for a while. (Which reminds me of another question, but I will start a new topic).

I would be interested in swapping in the near future when the testing phase is complete. I currently use RankMath, so as I long as I can import current settings would swap, once I know it won’t break anything (I only have a live site so don’t want to test it on that at present)

Will follow the development though, and will swap once I know that things should still work the same.

8 posts were split to a new topic: Classic SEO Features

Thanks @spanner44. As you may have seen above, @Simone is already using it on a live site and I’ve been using a pre-pre-release version on a couple of my own sites for a few weeks now. I’m quietly confident that nothing will break but if I were in your position, I’d be doing exactly the same.

So I have uploaded the zip to my site. I presume that I deactivate RM then activate Classic SEO, and will this keep my existing settings ?

Please take a backup of your site’s database before doing anything. I don’t recommend using this on a live site just yet.

While you import the settings, you can leave RM activated and then activate Classic SEO. You’ll see a warning message about having more than one SEO plugin activated which you can ignore for now. Import settings from RM then deactivate RM. If you wanted to switch back to RM afterwards, your RM settings should still be in place.

Let me know how it goes.

Just to give a short update and feedback, I have now installed Classic SEO as a replacement of RM on my live site.

That’s great news and thanks for reporting back. Keep an eye on your Google rankings over the next few weeks but I really can’t see any reason why that should change.

About editors… any text editor that works over SFTP could do the job. And is also misleading because I’ve seen many sites having a .htacces with nginx

New minor release of ClassicPress SEO issued today (October 31). This is mostly a CSS fix for the problem with icons not displaying correctly on the tab bar in the post edit page.

Thanks to @Simone for reporting this.

There is also a fix for the missing “Include Featured Images” option in Sitemaps.

The plugin is still called “ClassicPress SEO” for now. It will be renamed “Classic SEO” in a future release.

Will this update automatically, or should I say be informed of an update, or do I need to do it manually ?

5 posts were split to a new topic: Classic SEO - repositioning the metabox on post edit page

Interesting… I had no idea slashes could be used in a hook.

Will this update automatically, or should I say be informed of an update, or do I need to do it manually ?

Ordinarily, you won’t be informed that an update is available on the plugins page.

However, if you install the Github Updater plugin, then you will get notifications and will be able to update from the plugins page as normal. 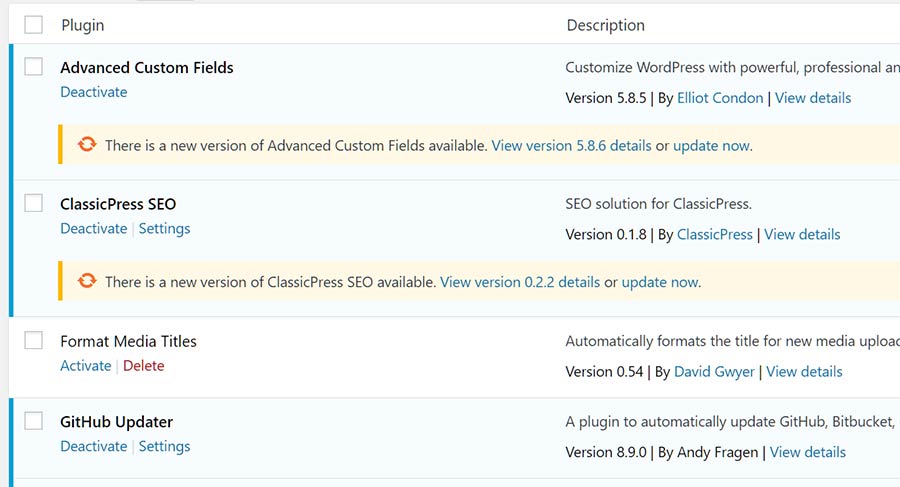