I was looking for @Simone plugins on the directory recently and none came up in the search. So I had to try and think of the name of one of his and search for that instead. I realised that plugin developer names can be different to forum names. I had no idea he used xxsimoxx so there is no way I would ever search on that - I only know him as simone. Is there some way to make it search for both?

I think that part of the problem was an error I’ve done the first time I set up my dev profile on the directory.
I have two… 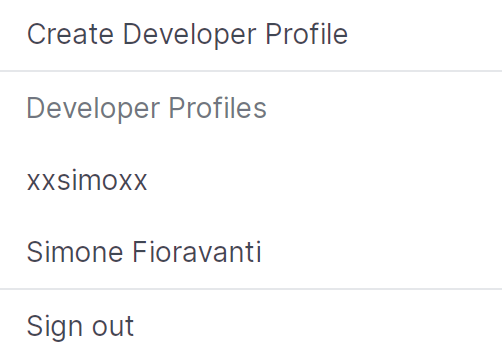 Searching for both will be very useful…

Agreed, once we get Algolia set up we will be able to search on more than just the names.

For @Simone, we can consolidate those. Just DM me and I will move things around for you

I realised that plugin developer names can be different to forum names.

This should not be possible, otherwise there is not much point in using the forums to authenticate against the directory.

This should not be possible

I’ve just gone through the sign-up process and I didn’t really know what to put in the first field.

using the forums to authenticate against the directory.

I have just been thinking more about this and trying to work out how it fits together. I see the docs have this as the first requirement.

Register on the ClassicPress Forum; if you will be submitting plugins on behalf of a company, use an official company email.

So you must have a forum account to be listed in the directory? That means plugins like this in the “Works with CP” category shouldn’t really be listed? 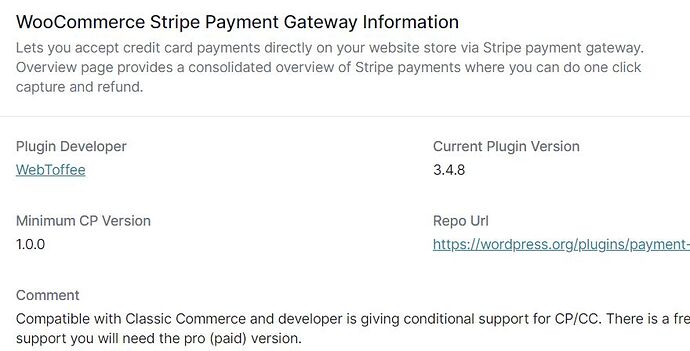 And if that is the case then I don’t see what the developer name does. It might be better if it auto-filled this field using the name you have entered in your forum profile (if this is possible).

That way you can easily find the developers forum name and developer name from the profile panel.

That’s what I have been pointing out a couple weeks (or is it months already, I lost count of time) ago.
We have developers in there that are not even featuring a real website. Webtoffe is one of them, not the only one thou.

Just one more example of many:
https://directory.classicpress.net/developers/kevin-ruscoe
No idea who that is, website is a error, plugin on directory is 1.0.2, but in GIT the last release package is 1.0.3

That is as said not the only such occurrence.
I have asked before in other threads that the developers likely need to be revised. I also doubt a scan for those plugins ever was made, because again taking the last example plugin it says Tested up to: 3.8.1

This shouldn’t even be on the repo.
A quick phpcs --standard=WordPress acf-star-rating-field-master returned with more than 500 errors, some of which say All output should be run through an escaping function[...]

We need definitely more eyes on that repo

Well the plugin directory was being developed at the same time as the rules were being formulated so there are probably some early entries that need to be pruned or at least edited.

And it looks like anyone can make a developer account, even with no plugins. Maybe they have themes though?

I guess it wold be good if the developer list in the plugins section only returned devs who actually had at least one plugin to offer.

Yes, there is always a “was under development” moment.
However, we need to scan that repo, find the bad apples, prune them, and then we can be sure that going forward, we wont have such issues anymore, since now we do review each plugin on submit.

Not developers, as it seems to me, because I can even find relatively new accounts without any forum backlink, so it doesn’t seem to be enforced as of now.

List finished and passed to Plugin review… there are issues with 20 Developer accounts so far. Lets fix those or remove…