This is a petition to finish the Fields API and integrate it into ClassicPress core. 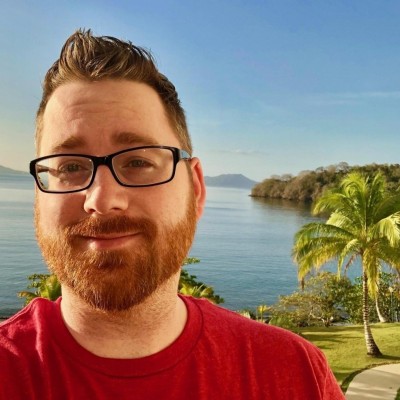 This was a feature plugin that never made it into WordPress core. It would have been a great foundation to further build out CMS capabilities and probably many other things that we haven’t even imagined yet.

But, the core developers don’t need to imagine everything that people will do with our CMS, we just need to provide a solid base for people to build on.

I see this API as mainly an un-opinionated way for plugins like ACF, Toolset, etc to do their job, but much more easily, without having to re-invent almost every piece of the functionality they provide.

For developers, this would also allow us to easily register all custom post types, fields, etc in the theme or plugin code for a site. We would change the field definitions in our dev environment, test and deploy, and everything in production is already updated. We could build a simple UI to manage only the settings that really need to be changed, but this UI wouldn’t let users break the custom content types like what happens on sites today.

For users, it’s hard to tell how this would look. I think this would mostly be a back-end improvement, perhaps with some light UI controls, but most user-facing implementation would be up to plugins until clean standards emerge.

It has always been my opinion that WordPress should have been going in the direction of focusing on lean and API development. I believe that something with, fast approaching, 60,000 plugins should be more a well coded, lean foundation for enhancements not piling on more unnecessary core functionality that some ‘developer’ sect decides everyone should have.

I hope that CL will take to heart the power of API rather than adding things many people really don’t need or want.

Custom Fields API is something that should be well developed.

Excellent! I really wish this could be finished and merged.

This should be a must have for V2

It is not an easy task but will be amazing an API for that, I am for integrate it but to extend it not only for printing the field like WooCommerce do with their APIs but like how CMB2 works.
https://github.com/CMB2/CMB2
An array with the settings of every field with callbacks and hooks that automatically save them and standardize the environment completelly.
Or like the Customizer works too, you have various sections with ids and fields that automatically do that.

I was involved in the original custom fields process and Scott and I were excited about our direction, then Helen unilaterally decided it should be dumbed down and Scott, not wanting to be in conflict went along with that approach.

So, I would love to pick this effort back up again…

Just one quick read and it occurred to me how much this feature would have made Gutenberg much easier. As it is, from what I read it appears that people are using ACF to make Gutenberg developing easier. I’m sure ACF would have opposed baking custom fields into WP, as it would have killed their business. But WP could have simply bought them. Lots of crazy choices there. But yes - I’m all for adding this to ClassicPress - seems like a no-brainer.

Finishing the Fields API is an excellent suggestion but may i recommend to extend the endeavor and incorporate an updated database schema in the scope of the FIelds API? Not to rely onto the post_meta table where the data is stored in a longtext column encoded as text. But instead to create bespoke tables in the right data format for each field type or field. Jeff Eaton summed up the problems with the current storage system well in here https://responsivewebdesign.com/toast/backend/ .

@rkoller the issues described in the toast article are based in “relationships”. We have another proposal running to add relationships as a separate object type in ClassicPress (https://petitions.classicpress.net/posts/103/add-an-object-relationship-table). If that is completed, I believe the remaining issues could be solved by implementing a dedicated search table, for better search/filter queries. That way we could preserve existing functionality of the meta tables and retain back compatibility for all the existing plugins.

The meta tables are sort of a nightmare, but trying to maintain a correct table structure as various fields and plugins are registered and unregistered doesn’t sound like too much fun either.

I think a custom fields API could use the meta tables by default, but allowing a plugin to use a custom storage mechanism should also be possible. In this case, the plugin would be responsible for creating and destroying its own database table, as they are today.

Note also there is already https://codex.wordpress.org/Function_Reference/get_post_custom and friends, which is just a very thin wrapper around post meta.

I think this (and the “Drupal Views” feature) would make ClassicPress a CMS.

What about pairing up with CMB2? It’s been one of my favorites for how developer friendly and extensible it is.

I totally support this. The work was mostly compatible at the time of WP 4.9 and would be a pretty cool reason to use ClassicPress for certain people.

If you need any help here, I’m sure I’d be able to help make this happen using what it ended up as.

I think everyone at ClassicPress would love to see this happen. @james is the person who can best explain the CP core workflow.