Option to show only "own media"

Add option to “Settings > Media” to switch on/off showing only “own” media for roles below editor (e.g. without edit_pages capability, or introduce new capability).

In addition, media in the uploads folder is completely open to the public if they know the right URL, so this would require the creation of folders that are locked down on a per-user basis. This would actually be better accomplished by creating a new, secure (from anyone not logged in) uploads area and then creating folders within that on a per-user basis. Then there would need to be a mechanism to detect who has access.

I have actually created such a set of folders for user-uploaded avatars and downloadable e-books, and it works well. But I think that (for the moment at least) it’s best left as plugin territory for those who need it — at least until we have decided what we’re going to do about the media uploads folder more generally.

I read it differently. I thought it was about the admin Media views having a toggle so that the user could filter which media is shown as they write a post. Limiting the media to their own uploads would make it easier to find things, on a site with multiple authors.
I don’t think the goal was to affect the front end at all, but as a convenience when writing.

I see. If so, then it’s really just another petition for being able to categorize media folders other than by date. Which is definitely a good idea but also a much broader issue.

I had a different interpretation! I thought it was for a checkbox setting to be added on this page somewhere: 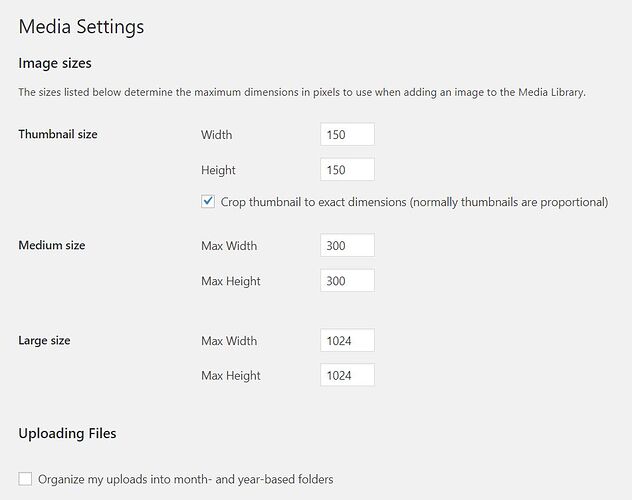 At the moment an author can look at everything in media. I think the petition is trying to add an option to force this filter so only “mine” is shown to them. 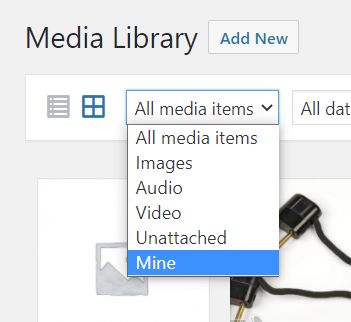 I don’t see much value in this, but maybe others might have an idea why this would be a good idea.

Anyway, it’s not clear at all, and without further clarification I don’t see much point in worrying about it.

Add option to “Settings > Media” to switch on/off showing only “own” media for roles below editor (e.g. without edit_pages capability, or introduce new capability).

Currently such cap does not exist, Roles and Capabilities | WordPress.org but I know of at least Toolset Access has added such cap.
Guess what, it is a nightmare and constantly buggy.
So I guess if a plugin in the market since now ca. 10 years can’t do it right, we shouldn’t venture there, even if it is a nice idea.

The consensus is this should be left for plugins to implement.