I have made a fork of a small email logging plugin for my own use. I pruned out all the upsells to the pro version and simplified it in places, and it’s working nicely on all my sites. Code is here: https://github.com/simplycomputing/sc-email-log

I would be happy to make this a dedicated CP plugin and let others use it, but I am not a developer and I’m not confident in releasing this out to a wider audience. In particular, some of the reservations I have are:

So, I’m just wondering if there is some developer who would volunteer to help with the technical side of this. I can push updates (it is managed by codepotent’s Update Manager) and do any necessary leg work, but I don’t have the coding skills to feel able to put this out. So I would need a dev to look it over and possibly clean it up, then be available for the occasional questions down the track.

Or, if there is a plugin developer who wants to take it on as their own project then by all means go for it.

The plugin logs all the emails sent by ClassicPress. It has a dashboard widget showing the number of emails saved, and a feature to set a limit and notify admin when it’s time for a clean-up. Some screenshots: 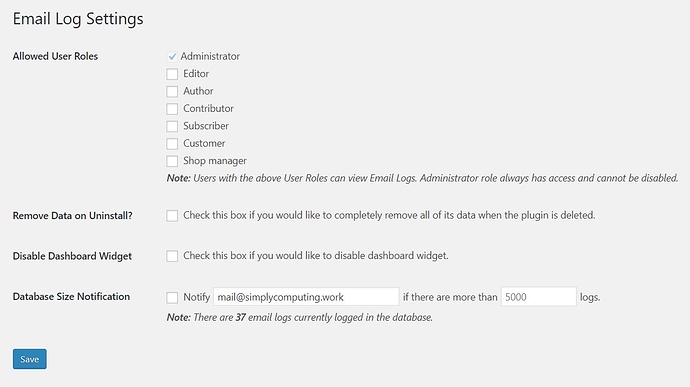 I’ll take a look at it over the weekend.

Interesting, this is very useful and I even made a petition for one: https://petitions.classicpress.net/posts/190/add-email-logging-feature

We can put it under https://github.com/ClassicPress-research if there are no individual takers. Practically this still wouldn’t change much until other people start working on it, but it would provide a way forward for collaboration to happen more easily and to make this a more officially supported plugin once that happens.

Wouldnt take much, perhaps make it user composer autoloader instead of the self hacked autoloader thing its got going on there.

Thanks @Pross - it was a fork of this one: https://wordpress.org/plugins/email-log/

I thought the petition was a very good idea @james - the one I was using by Christian Zoller was taken over by MailPoet and it’s now >WP5.0. So I needed an alternative.

Heres what i have so far, isnt finished yet
Whats Ive done so far: 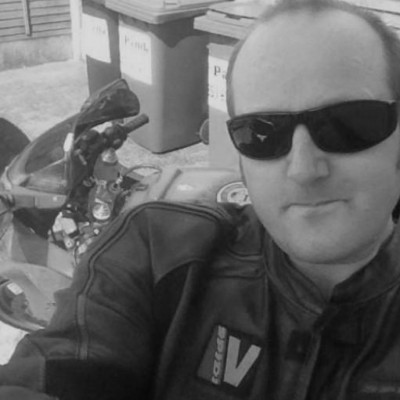 Contribute to Pross/sc-email-log-test development by creating an account on GitHub.

Great, thanks @Pross. As I mentioned, I’m not a dev so I don’t understand any of that.

What do you think about James’ suggestion to move it to ClassPress-reseach. Makes sense to me if it’s going to be a community effort.

Yea seems like it would be a good idea

OK. Not sure of the best way to do this, but if I ping @james I’m sure he’ll have it done in nanoseconds.

2 Likes
WordPress plugins you use on ClassicPress websites, that need a ClassicPress replacement
james January 25, 2020, 2:56am #11

Ok, I copied it here, and added you both as collaborators: https://github.com/ClassicPress-research/cp-email-log

I took @ozfiddler’s repo and then stuck the latest changes from @Pross on top of it as a separate commit, to avoid starting the commit history over again. This will make it easier to review what changed going forward.

Note this isn’t an officially supported plugin yet, we’d need someone to lead it and you’ll have to talk to our new Ecosystem team lead also!

Right, pinging @1stepforward, our ecosystem man. Once he’s sorted out that minor Climate Change issue he might be able to have a look at this.

Following @anon66243189 doing his contact form plugin, I mentioned to him the little email logging plugin I’ve been using for a while now. Then I remembered I had mentioned it here before - seems it has been added as a possible research plugin.

So, I am bumping this thread to see if there is any renewed interest in getting it going.

It was recently decided to keep this as a plugin feature, rather than adding it to core.

I was the original author of this petition, apparently. I’m fine with keeping this as a regular plugin.

This would be great.