Problem with Caldera Forms and ClassicPress

I’ve noticed a strange issue on my ClassicPress sites but not on my WordPress sites.

On ClassicPress sites, when Caldera Forms (free version) is updated beyond 1.8.4 (i.e. to 1.8.5 or above), the CSS breaks on its main admin page, like this:

On WordPress sites the problem does not occur.

I’ve runs tests with all other plugins disabled and a stock Twenty Ten theme, and narrowed it down to the fact that Caldera’s admin.min.css file is failing to be loaded on ClassicPress sites. When I checked the plugin source, I found that this style was still being registered, but other styles (‘editor-grid’? ‘baldrick’?) are different between the two plugin versions and I got stuck trying to untangle the dependencies in the wp_register_style and wp_enqueue_style calls in the plugin’s classes/admin/assets.php file.

There are no errors generated in the log, and unfortunately the changelog on the Caldera plugin page doesn’t talk about the changes to styles and scripts that clearly took place in 1.8.5. I also cleared browser cache etc, all the usual precautions.

Does anyone familiar with the under-the-hood differences between WP and CP fancy taking this on as a challenge and seeing if they can diagnose this properly? Caldera don’t provide any support whatsoever for the free version and they haven’t declared support for CP so I don’t think reaching out to them would be productive.

I don’t know where wp-components has/should be loaded, but as example yoast seo registers it.

I’ve included the fix for this in the master branch if my plugin (not in the releases). 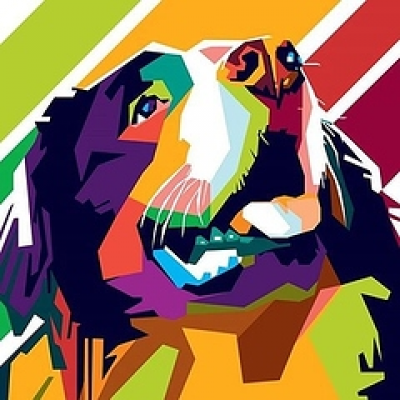 Contribute to xxsimoxx/cpcompatibility development by creating an account on GitHub.

The problem you mentioned is corrected, but probably there are other problems, because for the moment it registers an empty CSS file instead of wp-components.

Thanks Simone, that was impressively quick and helped me to see why the problem exists (I hate not understanding something). On searching for ‘components’ in CP and WP installations, I can see massive differences in the wp-includes/css folder, which I assume are related to Glutenberg, and it seems that Caldera 1.8.5 onwards relies on those changes even though it inaccurately claims compatibility with WP 4.7 and up on its repo page. So that should really read 5.0 and up.

On installing the latest Github version of your CPcompatibility plugin, the styles are fixed, though on the right hand part of the screen, the “buy the pro version” messages are not shown (one could argue this is a good thing!). But the most important thing is that on the front end, the form displays, the validation works, and the submission submits.

So we have a solution, at least for the moment, which allows everything to work and prevents clients being alarmed by style glitches on the back end.

I still aim to switch most of my CP sites from Caldera to Formidable Forms, but at least I can run the latest version of Caldera until I have time to do that, and I don’t need to worry about vulnerabilities by keeping older versions running.

This example, and the fix, is a good example of digging into WP/CP internals and manipulating them in order to fix (or work around) an issue. Nice work

The problem you mentioned is corrected, but probably there are other problems, because for the moment it registers an empty CSS file instead of wp-components.

Since Caldera Forms is claiming support for WP 4.7 and newer, there is a good chance they would be interested in fixing this themselves.

Since Caldera Forms is claiming support for WP 4.7 and newer, there is a good chance they would be interested in fixing this themselves.

EDIT: And I’ve posted in the Caldera Forming Facebook group.

UPDATE: I communicated with CF. They can reproduce the issue of admin styles breaking at 1.8.5 when using CP or WP 4.9.x. They have opened an official development ticket for this issue.