This is a wiki post to list the general types of plugin that users feel they would absolutely require in order to use CP. That is, plugins that people see as deal-breakers. We will be adding good, CP-friendly options as they become available.

Contact form plugin - Fluent Forms will always support Classicpress (but not sure how much of these listed requirements it will handle: “should support logic that allows show/hide of form fields based on selections in other fields; ability to populate fields with data passed via query strings; credit card fields that integrate with payment gateways, particularly Stripe.”)

Litespeed caching plugin - Litespeed Cache is made by the people who build Litespeed. They have now officially declared support for ClassicPress.

SEO plugin - An SEO plugin designed specifically for CP has been developed and is now available in the directory - Classic SEO. GD SEO Toolbox Pro definitely supports CP. Slim SEO has also made a commitment to support CP.

Image slider plugin - MetaSlider have stated they will investigate any problems with future CP versions.

Backup Plugin - Akeeba Backup have announced they will supporting CP and said “We’re in for the long ride”.

Remote management plugin - InfiniteWP have tested CP and confirmed that everything works (except we can’t use it to update the CP core). They have said they’ll “definitely consider adding full support for ClassicPress in the near future” if there is enough demand. MainWP have confirmed that they will look into CP integration and intend to carry out testing on CP installs.

2-factor authentication plugin - MiniOrange have said they will be testing with all future ClassicPress releases.

Spamblocker plugin - WP Cerber is reported to be working well with CP.

Subscriber email notification - see this discussion Email subscribers and Notification. We now have a fork of Subscribe2… Subscribe2 for ClassicPress 11.1 released

SMTP plugin - There is now a version developed specifically for CP. https://directory.classicpress.net/plugins/azrcrv-smtp. There also a petition to add this to core - https://petitions.classicpress.net/posts/163/smtp-integration-settings-as-core-plugin

Custom Fields - Meta Box is definitely supporting Classicpress (the developer is using it on his own CP site).

Forms plugin - Fluent Forms have confirmed that their devs will always support Classicpress.

Email log - WP Mail Logging has changed hands and now requires >WP5. Best option at the moment seems to be Email Log. See also petition to add this as a core plugin: https://petitions.classicpress.net/posts/190/add-email-logging-feature

The key used is:

A solid option that should be good for the long term. Either built for ClassicPress or the plugin developer has made a definite commitment to maintain CP compatibility.

A good option where the developer seems interested in supporting CP.

Nothing definite yet but possible working options can be noted. This can change at any time, so if it stops working please add that too.

Continuing the discussion from Options for "must-have" plugins.

Please use the “Reply as Linked Topic” to discuss suggestions.

Edit: I have changed the ownership of the post above to the system (so I can stop getting notifications), let me know if it starts acting odd

For new suggestions we recommend submitting them to our Directory

Yes, that a very popular one. I’ve added that in.

All in One WP Migration says:

Yes, we will support ClassicPress.
Do you have a plugin repository of some kind that I need to upload the plugin to?

That’s good news Michelle. I’ve added them to the list as a definite. Did you reply to their question to say that a repository upload is not necessary yet?

I told him we were working on a directory for v2 and I’d keep him updated – and he replied “perfect – thank you!”
These guys are really great and have always been responsive anytime I’ve had a need. I’m super happy to have their support.

There’s no entry for “Forms plugin” in the main list at the top of this thread (though @BlueSkyPhoenix did mention GravityForms).

I think a high quality forms plugin is essential for a business CMS.

Until recently my vote would have been for Caldera Forms but they seem to have dropped the ball - recent updates have caused a lot of JavaScript problems, some still unresolved in the current version.

So this entry is open for suggestions - has anyone been in touch with a forms plugin provider about ClassicPress?

Yes, good point. That’s certainly an important one and I have added it. Hopefully we can find a suitable candidate.

I think e-commerce needs a separate “must have plugins” page.

3 posts were split to a new topic: formBuilder plugin

I’ve been in touch with MainWP. Their response is:

Thanks for reaching out. At the moment, we are fully focused on the MainWP system redesign. Once we finish that, we can look into CP integration. Before that, I can’t give you more accurate information.

I personally run MainWP on CP and I regularly update plugins on both CP and WP installations. It works well at present.

Thanks for checking. I use InfiniteWP that also works well, and they told me much the same thing.

Had a further response from MainWP today:

This week we will be running some tests with CP installs so we can see how everything works so far. Please allow us a bit more time.

Don’t know, whether they are “must have”, but I find them very very useful:

Overall, media management is at a very rudimentary stage in the WordPress. I can’t understand why instead of fixing this area the tsar decided to play with “Lego blocks” as he described it.

Fixing Media Management should be one of the main targets in CP v2 or CP v3. Even with several plugins you can’t have reasonable setup, there is something wrong in the very core. The big discussion about it still waiting.

But we should wait CP v2 at first.

Thanks wjar… not sure about the sorting plugin. I guess if it’s something that would stand in the way of you deciding to migrate to CP then it could be considered a must-have.

The better media management thing is something that has a petition already and will possibly be addressed in a later version (but it looks like it will be a difficult one). You could add your vote and comments here: 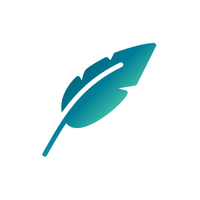 I suggest an improved media library, because this is a feature of WP which has been strongly neglected in the past. Whenever someone came up with a ne

Thank you for the hint, I voted for the petition.