Hi Everyone,
I have been working with Kadence about an issue with Virtue Premium theme installed on ClassicPress sites…

When adding YouTube links to posts, which WordPress usually auto embeds without issue, it crashes the page (blank white page). This can be solved by using the theme’s video embed shortcode, which is fine, but my clients don’t remember to do that.

This is happening in multiple ClassicPress sites we have, using the Virtue Premuim theme. We have tested the plugins (deactivate and reactivate) and it does not seem to be the plugins.

The page loads properly when changing to theme Twenty Nineteen. This does not happen with our WordPress installations, so it must be the combination of ClassicPress and the Virtue Premium theme.

Kadence support helped me explore this issue, but gave me this dissappointing remark…

“In general, I do not suggest you use classic press. It’s not something that we (or the majority of plugin/theme authors) will be testing in and there relatively very few people using it that would be reporting bugs. It thus falls on the classicpress developers to keep up with WordPress and alert plugin authors of potential issues. I personally do not see the life of classic press being longer or more reliable then the life of the classic editor plugin which I would recommend instead if you are not a fan of Gutenberg.”

My clients have all been taught to work with the Virtue Premium theme, as it has worked very well for us for years. Except for this video embed issue, it still works well for us in ClassicPress. It would be a big deal to have to change themes at this point.

The cause of the problem, I’m afraid, is your theme. My guess (and it sounds like it’s also Kadence’s guess) is that the latest version of your theme is designed to work only with versions of WP released since Gutenberg (i.e. version 5 up). I would suggest talking to the developers of your theme; they might need just to add back a small snippet of code to make everything work.

The problem is nothing to do with ClassicPress. It is, as @timkaye says, because the theme does not work with WordPress 4.9 and below.

I’ve just installed the free theme and the associated toolkit on a clean install of WP 4.9 and the embed didn’t work. Blank page.

The embed works with every other theme I’ve tested it with (around 20 or so) in CP and in WP 4.9.

The response from Kadence is pretty disappointing. I would do as Tim suggests and ask them to consider fixing it.

Thanks @1stepforward and @timkaye for taking the time to look at this. I have taken your advice and pushed back with Kadence. I let them know…
(1) we are their theme’s biggest fans
(2) we have subscribed to their themes and plugins since 2015
(3) all of our clients have been trained to work with that theme. (we have over 70 sites using this)
(4) We would like to have the option to use ClassicPress in the future for clients who don’t want to use the block editor.
(5) The theme worked beautifully with Wordpress before version 5 and we would so appreciate their supporting us.

I’ll let you know what they say. (They always answer after midnight for my time zone, so tomorrow, I guess.)

Just recieved a very long response from Kadence saying that supporting old versions of Wordpress is not the Wordpress way. He also said it is a mistake using ClassicPress and it will mean I will be constantly looking for plugins that support ClassicPress (and he doesn’t know of any!!)

I dont know whether to push back more, or just look for a new theme. My clients will need retraining either way.

Doesn’t sound like you’re going to get anywhere with Kadence tbh. They’ve obviously got a distorted view and are ignorant of the fact that around 19% of WordPress users are still on version 4.9 or less. That’s a sizeable chunk to ignore. And there are still many plugins and themes that work with WP 4.9 or less.

Here’s a list of plugins on the WP repo that mention support for ClassicPress: https://wordpress.org/plugins/search/classicpress/. Countless more will also work fine with CP as long as they are compatible with WP 4.9. This includes some big plugins such as Advanced Custom Fields. That’s in addition to our own successful forks of WooCommerce (Classic Commerce) and Rank Math (Classic SEO).

As for themes, three of the biggest selling themes of all time still support WP 4.9: Avada, Enfold and Flatsome,

What I personally would do is to roll back to the latest version of Virtue Premium that works with CP and gradually move sites over to a new theme.

What is it that you particularly like about that theme?

Edit: I would also do what @1stepforward suggests. But if we know what you like about Virtue Premium, it might be easier to recommend an alternative.

Hi @timkaye ,
I like that it has very flexible header choices (logo left, logo right, logo centered) and menu locations (above header, below header, etc). I like the theme settings menu and I like the way you can easily set theme colors, fonts and section background colors. I like to keep design separate from the editor.

By using a theme that has these options, I can use the same theme for any design we are asked to do and the settings are familiar to the whole team.

Just recieved a very long response from Kadence saying that supporting old versions of Wordpress is not the Wordpress way.

Maintaining backward compatibility is absolutely the WordPress way. Deciding not to support older versions is one thing, making stuff up to support that decision is a whole other thing. I sincerely hope you’re able to switch away from the makers of that theme.

Regarding pushback…generally speaking, I’d avoid it, unless the theme specifically states that it supports WP 4.9 (because, if it did, then it would also work on ClassicPress,) in which case I’d ask them to update the theme or update the supported version number – both of which are reasonable requests.

@1stepforward thank your for these very good suggestions. I will definitely take your advice.

I am really disappointed to learn that Kadence has this view. We have supported them for a long time.

Thanks you for sharing the information about plugin support. I think Ben at Kadence is dead wrong about the plugins.

I’d give the Canuck CP theme a try. It has more options than a lot of premium themes and it is built by a ClassicPress community member who (I believe?!) was on the WP theme repo team for quite some time. 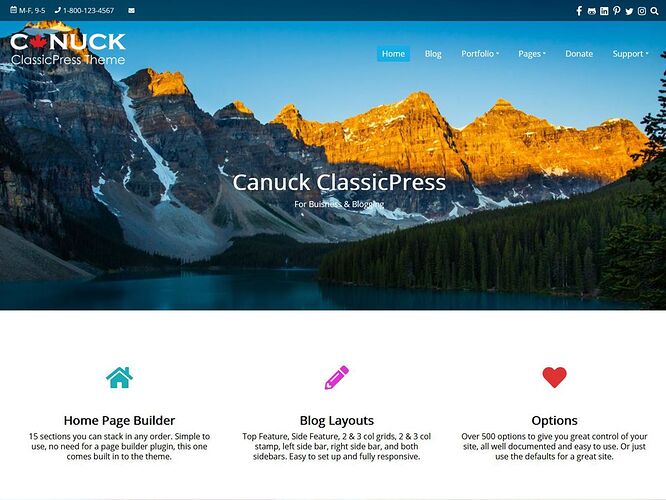 Thank you all so much for this support!

I am going to test these themes and see what might work best for our group. And as @1stepforward suggests…

roll back to the latest version of Virtue Premium that works with CP and gradually move sites over to a new theme.

It’s also possible to work around an issue like this by modifying the theme code and/or adding a small custom plugin to the affected sites. I would expect more issues with this theme based on their response, so this would only be a stopgap solution, but if you’re interested in looking into this then feel free to send me a private message. To be clear this is something I am offering to investigate personally as a consultant outside of my role with ClassicPress.

@james thanks for this generous offer. I thought about this overnight, but it seems like a dead end continuing to use the Virtue Premium theme. Switching themes seems to be the best option.

I have found a theme with a similar theme options interface to the one we are used to from Kadence. (Not as complicated or “block like” as Avada, Enfold or Flatsome.) The theme is Schema by MyThemeShop. When I asked if they would support ClassicPress, their answer was …

“ClassicPress is a fork of WordPress without the Gutenburg block editor, and our theme should work with ClassicPress. If it doesn’t work for you, we can issue you a refund.”

Hoping that means they will work with me. Still playing with the theme, but it looks like it will work for us.

Thank you all so much for your help! 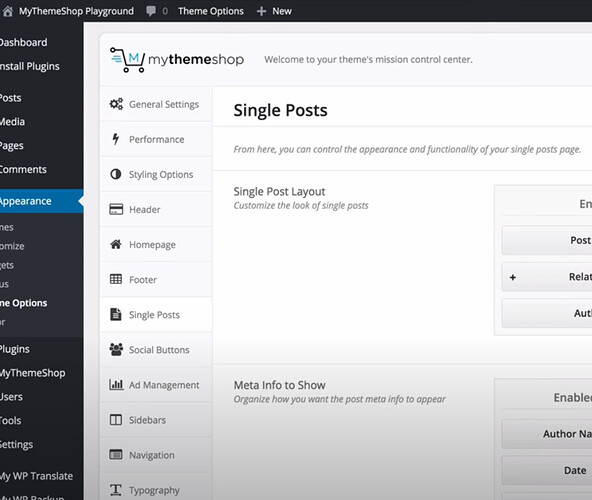 Kadence offered to look at the error logs, and send along this error he found…

Some of his other remarks indicate that he is quite uninformed about ClassicPress. I told him it is my understanding that around 19% of WordPress users are still on version 4.9 or less . At least with ClassicPress, there is a team doing regular security updates and enhancements. That’s better than using an old abandoned version of Wordpress.

I thanked him for the information and encouraged him to learn more. I pointed out that Wordpress is moving to full site editing, which will make themes less relevant. But ClassicPress will always need themes. I told him Kadence would benefit by offering ClassicPress themes in the future.

If that function is the only thing preventing Kadence running on CP, then it should be easy to modify by adding a check for CP first, like this:
if ( function_exists( 'classicpress_version' ) ) { ...

Unfortunately not. It needs to be modified by the developer as part of the theme code (wherever its has_blocks check is). I was just pointing out how little Kadence might have to do to maintain compatibility with CP.