This PR was closed due to some discussion regarding looking into the history of the login page from WP and understanding why the design decision was originally made. While this context may be nice to have, I do not believe it is sufficient to block this petition should there be enough interest in it from the community. Therefore, I am reopening this as a formal petition to be voted on as shown in the screenshots posted below.

Proposed implementation, would be implement as shown below: 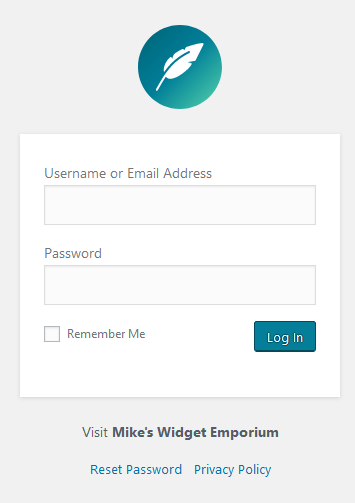 Will you be able to help with the implementation?

Pending PR is already up:

Thank you to @Code_Potent for his work on this.

Personally, I like the look of the proposed Login Screen in the PR. But I’m not a designer; I’m only going with my gut feeling. And that’s no reason to make a vote on this apparently controversial issue. The truth is, there are so many themes that have been professionally designed that I don’t personally like.

I agree with these things that @james said in the PR:

It’s not a good idea to discard the years of learning and experience that went into maintaining this platform [WordPress].

I don’t think it is controversial, I do think this is the perfect thing to vote on though. From that thread there was very clearly community support for the implementation, what stopped that implementation was a small handful of developers. ClassicPress progress should never be stopped because a small handful of vocal developers have the ability to overrule the rest of the community, otherwise as a project we have already failed.

TLDR: This isn’t controversial, I do think that the way it was handled could have been better and therefore a formal vote would help verify if we have enough community support to implement it.

I don’t think it’s controversial either - but my main thought on reading the original thread and this new petition was: “There are so many massive things that ClassicPress has to do in order to build market share and increase appeal, and people are worried about the alignment of a link?”

I don’t think it is controversial

I don’t think it’s controversial either

Okay, I may have exaggerated a bit…

“There are so many massive things that ClassicPress has to do in order to build market share and increase appeal, and people are worried about the alignment of a link?”

Quoting from the original thread (not me):

I think centering the text is horrible! […] Please leave this alone!

I don’t agree with changing it either.

We don’t see anything like this on any of the other petitions we have recently decided to implement.

This has - at the moment - 5 votes in favor and 3 opinions expressed against the change, one of which happens to be mine.

I don’t want my opinion or that of any other “small handful of vocal developers” to “overrule the rest of the community” but that’s not anything close to universal agreement. I think looking for more context to inform how to make this change better is obvious and reasonable and I honestly don’t understand why there has been so much resistance to that request.

Fortunately this change is minor, so I’m not going to argue about it anymore.

I think separating a petition into two parts dilutes the discussion, even if there is a link back to the original.
I also think original reasons for designs can be important, and have hidden connections in the code that can cause issues. Since CP has so many fewer testers (and people who vote), it’s important to not change things on whims.

With the small numbers of votes that get cast on any given petition, 5 could well be a majority, not a whim. We only ever get about 7-8 votes for anything.

Surely the real issue here (if there is one at all) is actually one of accessibility. Why are these links not underlined by default? I don’t know the answer, but that looks much more problematic to me than anything else so far discussed on this or the related thread.

The Feature
Go for it, but only if:

Simpler solution
Just do what some WP users have been doing for the past 13 and more year:
apply no more than 8 lines of CSS code, something like this should work

Why not just create a code snippet or tutorial out of this.

I alone spent over 4 hours on this issue by now, reading, investigating, reporting and commenting.
Counting the amount of users on this, the other, and Git… I think we invested an enormous amount of time (and patience!!! and actual work!!!) in this issue already. Without results.

That time, we could probably have fixed the WP User Object in CP.

I think it looks odd centered, but my main objection would be including the Privacy Policy link in the main prt of the page as I’ve always regarded that as footer rather than part of the page as it has nothing to do with logging in.

To me, it looks like the developers said: “And we’ll need to have three links down here somewhere… we’ll just shove them in for now and come back and sort it out later.”

But then the beer and pizza arrived and they forgot all about it.

If you do nothing else, at least get rid of the pointless back arrow icon.

I was just talking to my son about this and he made a really good point. He said that typically the “forgot password” link is somewhere up in the login box along with the login fields, because it is actually part of the login process. Like in this example… 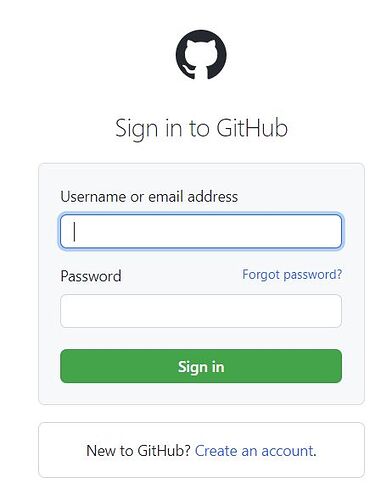 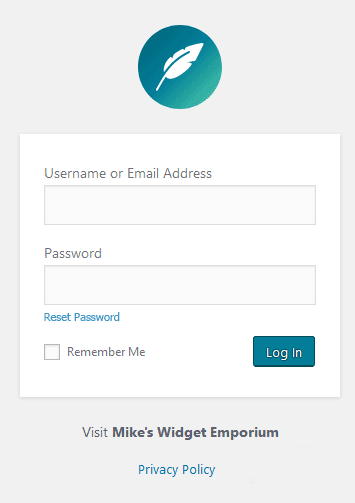 The problem is, there are actions and customisations used since years with existing layout. If we just go and start moving things around we will break those customizations.

This all is a thing we can think about for CP v2, also because we seem to extend this petition more and more into an actual redesign that not only touches looks, but also under the hood functionality.

The path of least impact is to first rename all the “back to” to use the new standard convention (see git ticket for reference).
Doing that, remove the arrow.
Then, think about a v2 version of this login screen. Use a designer or a design-capable person to design it and do not repeat the mistake WP made 13 years ago of letting a marketeer and developer decide how this looks (I suspect it even was inherited from the “mother of all mothers” b2/cafelog)

Then, re-implement the whole login experience, with new hooks, new design, so that we break things (because there are a ton of plugins using that code, as well as people having customised it)
And at that point we can have all bells and whistles we want.

Funny anecdote, this is how b2/cafelog login screen looked like: 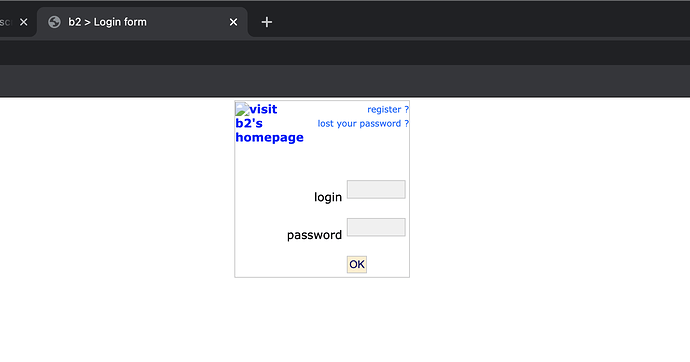 actions and customisations used since years with existing layout.

Sorry, I don’t understand. Is there some functionality that relies on the position of a link on the page?

See my updated post above.
There is an action, called login_footer, login_footer() | Function | WordPress Developer Resources and that can be used and is used to add/manipulate things in the login form footer.
That action outputs the links in the footer, amongst other things.

Now if you move that link, you change what the action does, and thus, all code using, relying or else based on that action will break or at least output weird stuff.
Also, we cannot simply move things around. WP is not a HTML based tool, it is PHP based, it is based on hooks, so you will always need to consider what hook does actually produce what part, if you want to change its output. It is the case in most cases, at least.

And hooks are always used widely by plugins and themes, for example.

So what is regarded as the footer? People have been saying the privacy link is the “footer”, but the 2 links above it are somehow part of “content”.

So what is regarded as the footer?

Check the code and doc linked, it is best to understand this.

Yes. It looks to me like the “Go to site” link and the “Privacy Policy” link are both treated as footer by that WP function. So it makes even less sense that they should be completely differently designed links.

(And no-one was proposing moving either of them out of footer. Just treating them the same.)

Yeah probably you’re right… I might confuse things up here